We are often asked for details about the programs, resources and services that Courage Worldwide provides to its residents and former residents. We respond with a list our program list that includes counseling, therapy, academics, medical care, etc.  However, when you look closely at those “programs” you can see that they are all dependent upon people! Without our amazing staff, our people – there would be no program(s), no services, no resources to offer the young children and women we serve. With that in mind, we want you to get to know some of our incredible staff members. 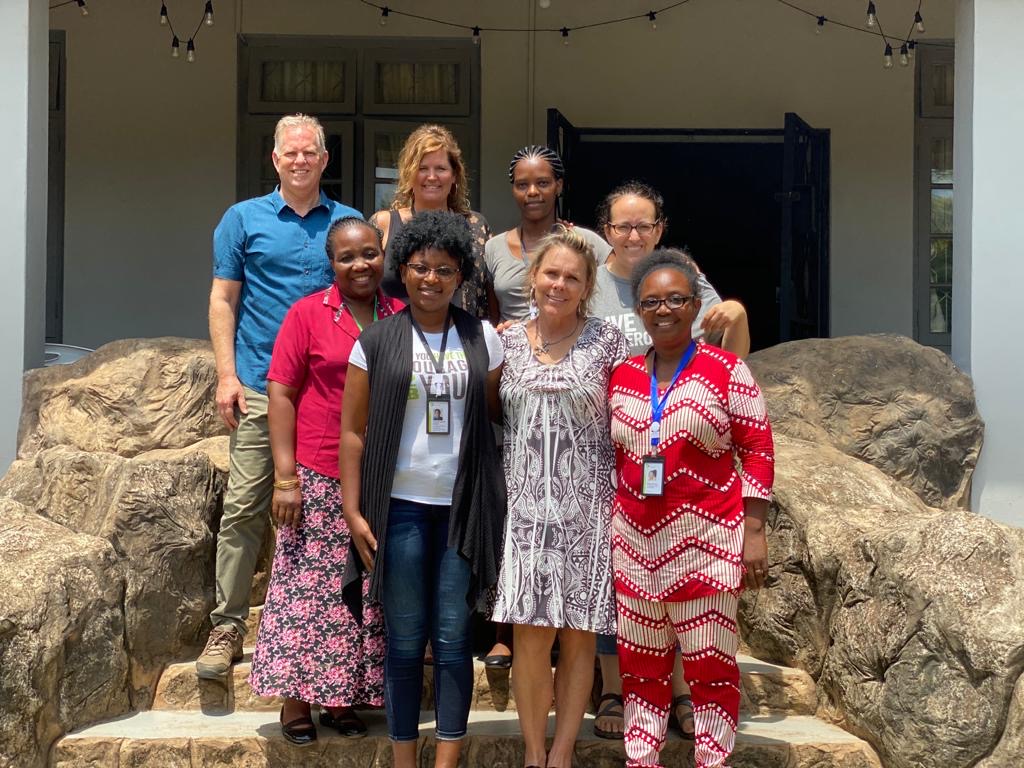 (Pictured: CEO Jenny Williamson with part of the Tanzania Executive Team and two of the Board Members from Courage House Tanzania)

Suzan Shoo was orphaned at a young age, both her parents dying of HIV/AIDS. Thankfully, Suzan had extended family who cared for her which enabled her to go to a university to study community development. Her dream was to be a social worker. 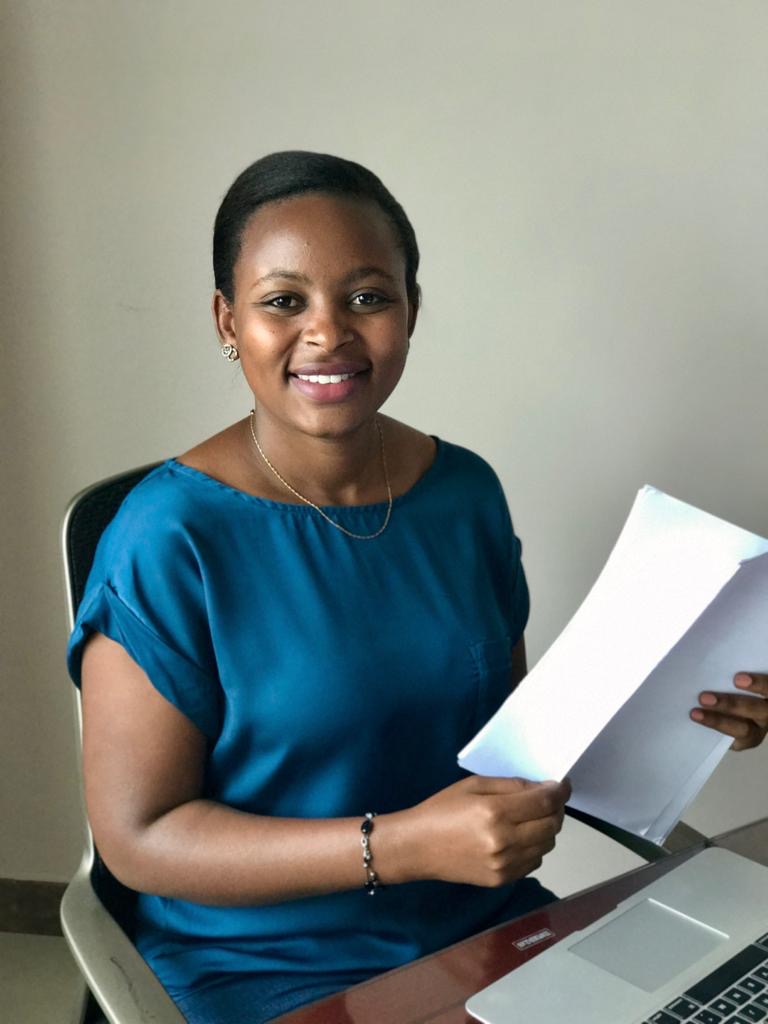 In 2017, our Executive Director of Courage House Tanzania was interviewing social workers for Courage House.  At the time, Suzan was only 26 years old and because social work jobs were scarce, she had taken a job working as a part time manager at her uncle’s restaurant. While working in the restaurant, she was interviewing for multiple positions all over Tanzania. Upon interviewing Suzan, we knew immediately she would be a perfect addition to the Courage House Executive Team and an inspiration to our girls. At the same time Courage Worldwide offered her the social worker position at Courage House, she was also offered a full-time job within the President’s cabinet at the Capital of Tanzania. Although at the time Courage Worldwide could only offer Suzan a part time position (due to lack of funding), Suzan so believed in the mission and vision of Courage Worldwide that she turned down the government job and came on board at Courage House.

The girls at Courage House love and respect her as do our staff though she is one of our youngest staff members.  Suzan has an impeccable reputation with the government’s Social Welfare Division, who places children with us.  Suzan does her job with excellence, keeping Courage House in compliance with Tanzanian child welfare laws. Suzan advocates for our girls, counsels them and works with their families. Fun Fact: Suzan can drive! Many women in Tanzania do not get the opportunity to drive. At Courage, one way we empower our Executive Team is by helping them get their driver’s license! (Left) Suzan leaving for Dar es Salaam to meet with the head of Tanzanian Social Welfare and the Secretariat of the Anti-Trafficking Committee.
(Right) Suzan works well with and is well-respected by all different types of people, including our volunteer teams. 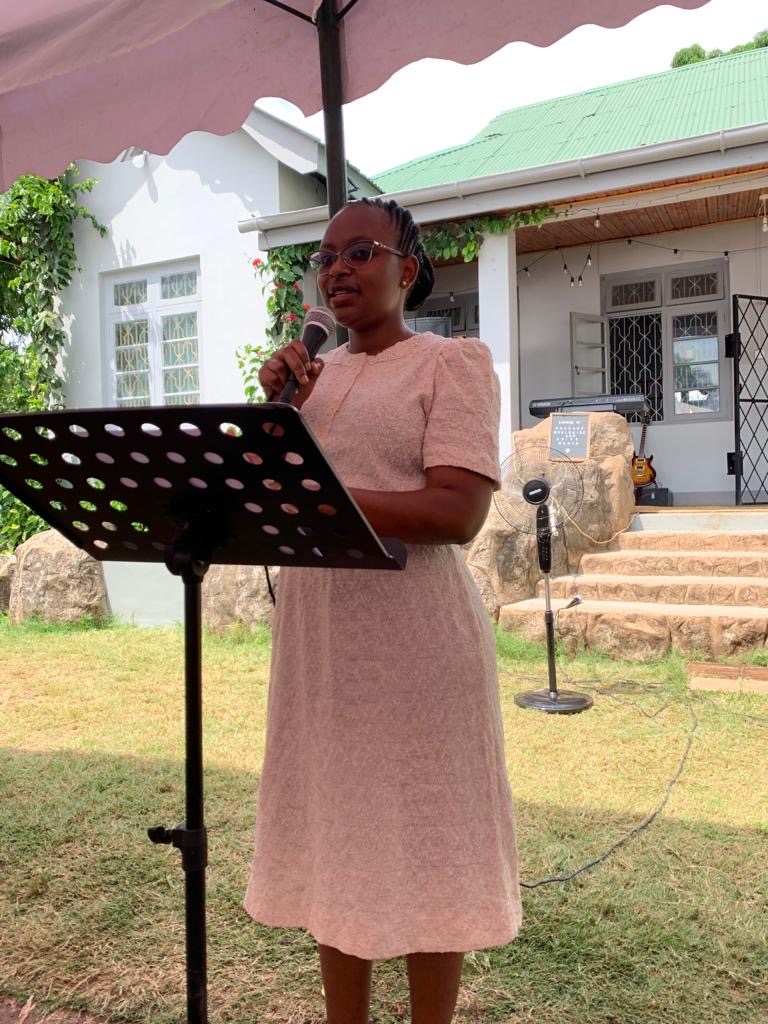 Tanzania and represented 200,000 women. Suzan spoke eloquently about Courage House, human trafficking and the related issues in their communities and how they can all help to bring change.  Suzan stood there confidently and poised, wise beyond her years – empowering not only our young female residents and staff but also females within the community. Not only is this orphaned young woman an inspiration and role model for our girls at Courage House, she has also professionally become a strategic leader within the community advocating for women’s rights.

Suzan has worked with Courage now for three years and we are honored to have her as a part of our staff!

When we talk about the effectiveness of our programs at Courage Worldwide, we are actually talking about our people, our staff.  We when ask you to give to our programs, we are asking you to give towards employing the best of the best.  We are very intentional about paying our staff fair wages and providing benefits that ensure we are able to do just that.  That is what our girls deserve.

Below is a button that gives you an opportunity donate online or you can mail a check to the address listed below.  Thank you for your support.

Coming Together as One