10 years ago today on National Human Trafficking Awareness Day, we debuted a song I wrote called Believe in Me at our home church in Elk Grove. To our surprise, the media showed up and did a feature on Courage Worldwide and the dream to build Courage Houses- homes for girls rescued out of trafficking in Sacramento and Tanzania. I remember the reporter interviewing me and asking me how I could write such a moving song. I told her my heart connected deeply with the lyrics and message of the song because it also reflected some of my story which was the cry of my heart too…

…Her innocence was stolen,
Her shattered heart is broken
Quietly suffering she cries

You see, I could understand just a fraction of the girls’ trauma and pain because of my own past history of 2 instances of sexual assault. I knew what it took for me to overcome and even to testify against my perpetrator. The girls coming home to Courage House would have a long road of healing, but we knew and believed that with God that it was possible for them to be free and whole again. 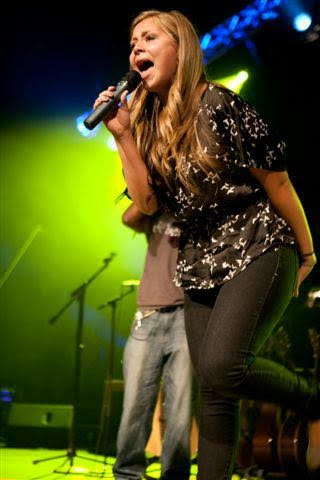 Courage Worldwide then launched a full album with Believe in Me as the title song that year. Incredible local musicians wrote songs and toured in CA so that funds could be raised to open the first two Courage Houses in CA and in Tanzania in 2011. Each year and on this very day (National Human Trafficking Awareness Day is now the entire month of January) we often did concerts and events so that the community would know about this growing evil, and they would know that they can make a difference. Many have partnered with Courage Worldwide to build our girls homes and call them family. The community rose up in a big way! I’ll never forget January 11, 2016 when we hosted a Not in My City/Not in My State event at city hall in Sacramento and also in Elk Grove and the press came out – every major news station was there. Local groups fighting trafficking also came to participate as well. Courage Worldwide was invited to the state Capital and was honored on the senate floor for our work with the victims. Proclamations were launched in several cities. It was incredible and I truly loved gathering the community together to fight this growing crime. Today we are thrilled that the community is much more aware of trafficking and now there are multiple organizations are doing awareness events and their part to make a difference. We at Courage Worldwide are still doing trainings and some awareness events, especially in Tanzania where there is almost no understanding of this issue. 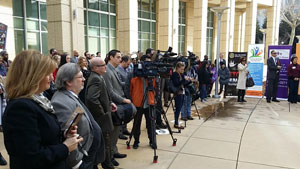 As we reflect on this important day, what are we at Courage Worldwide doing to fight trafficking and bring “awareness” in 2019?

Well, we are doing what we’ve done the last 7 1/2 years since Courage House opened; loving girls and young women and their children and calling them family- just as we promised. We are still showing them that there are good people, so that they can believe in a good God. We are daily telling them that we believe in them and that they have value and worth beyond selling their bodies…beyond being treated like a commodity. 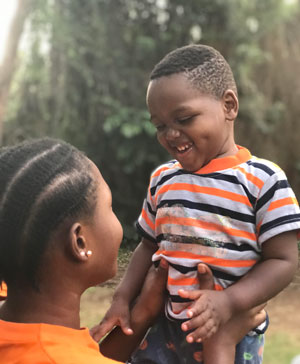 My husband Joel and I are living in Tanzania now and we are overseeing Courage House and it’s transition program. We are daily seeing girls who are now free and what a joy it is to see their little children- toddlers and 2 babies who call us Bibi and Babu (Grandma and Grandpa) have a new life. Our young mamas are being shown how to better love and care for their young children. We are still planning training events this month for pastors, but our main focus day in and day out is helping our girls fight for their healing, dream for their future and reach their goals. They are in school, getting counseling, job training, medical treatment and simply getting their childhood back.

So we thank you friends, for doing your part on this important day as you pray and give to change lives. The awareness we bring now isn’t as much from a big stage or in front of many cameras… it is one by one coming alongside our girls who come to Courage House and loving them to wholeness.

…He gives a place that you can call your home
The years the enemy stole, He’ll restore and make you whole
He’ll heal your pain and whisper to your soul…

—Believe in Me by Stephanie Midthun

"All I really needed was someone to believe in me."