In this installment of our $100,000 in 100 day year-end campaign, you will hear from Courage Worldwide Board Member and Chairman of the Tanzania Courage Worldwide board, Joel Midthun. I had the opportunity to meet Joel and his wife Stephanie in 2008 while they were pastors at Living Water Church in Elk Grove, California. I shared with them the enormous dream God had put on my heart to build homes for children and young women rescued out of sex trafficking. Upon hearing my story, Joel said “either Jenny is crazy or she hears from God”. I think after 10 years of partnering to rescue and restore these precious children, he is convinced it was a little of both. It has been my honor to work with Joel. He not only pledged his personal support of this mission but all the support of the church he pastored. Over the past 10 years, Joel has provided much godly wisdom, guidance and support to me personally as well as Courage Worldwide and the girls who call Courage House home. He has called these girls “daughter”. He has mentored them, pastored them, baptized them and encouraged them. He has let them into his heart and into his home. He has proven to them that there are good men is this world … good fathers who will adopt them into their lives. Thank you Joel!

Joel Midthun, Chairman of the Board, Courage Worldwide Tanzania 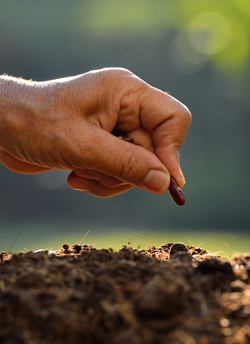 31 He told them another parable: “The kingdom of heaven is like a mustard seed, which a man took and planted in his field. 32 Though it is the smallest of all seeds, yet when it grows, it is the largest of garden plants and becomes a tree, so that the birds come and perch in its branches.”
—Matthew 13 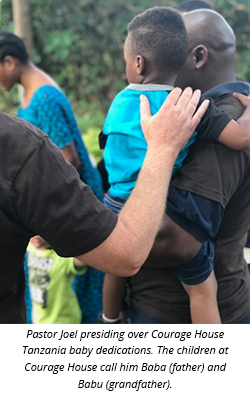 Courage was planted. Somebody or some group of bodies needed to plant the seed, to believe, to pray, to share the vision, to call a meeting, to ask for funds, to fill out forms, to dig and water, and prune and weed. This was a group of moms, pastors, musicians, hikers, artists, administrators, law enforcement officers, and others who believed God and did something. Courage was planted.

Courage grew. Growth is fun and exciting, but it isn’t always easy. Suddenly there was an organization, a budget, a board, a staff, properties in Tanzania and California, homes with rescued girls (87 girls have come through a Courage house to date and several of their children), a list of government agencies, a strategy and more! Growing joys are followed by growing pains, which are followed by learning curves-which are followed by new battles and new breakthroughs – but the process is unavoidable. Courage grew. 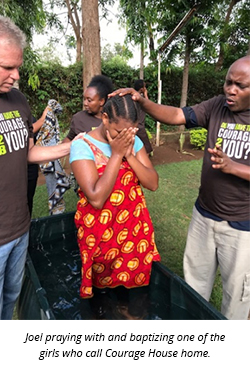 And finally, we encourage you to keep praying, giving and helping Courage Worldwide grow and reach many more young lives– your ongoing courage to plant these seeds will make a difference in many more lives to come! Many of you cannot do what my wife, Stephanie and I did – leave everything and move to Tanzania to be a part of these children’s lives and this ministries growth but together we can do our part to change the world – their world – one individual at a time. Thank you for your prayerful consideration during this $100,000.00 in 100 day campaign.

A letter from a girl who calls Courage House "Home"

"Courage Worldwide, from the beginning, believed in me..."