We got a call from Social Welfare in Tanzania about a heartbreaking case that took my breath away.

We found out that “Jane” was 11 years old when she was raped by her stepfather who had raised her since she was a baby – the only father she had ever known. He told her if she ever told, he would kill her and her mother. Young Jane was terrified, and even more so when she discovered she was pregnant.

When Jane’s mother found out what happened, she was distraught and ran away and abandoned her pregnant daughter and her 6 year old son. 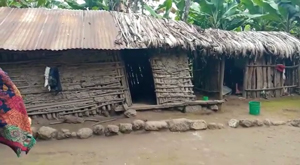 Jane was living in mud hut with her elderly grandparents who are 90 years old. They were all sleeping in the same room on sticks, softened with some old clothes. Jane gave birth to this baby boy in this mud hut and wasn’t able to go to school. The government here in Tanzania doesn’t allow girls who are pregnant or who have babies to go to school.

The stepfather was arrested, but got out of jail on bail (and a bribe) and a court case is pending.

Jane was so despondent – not only did she have to deal with the trauma and shame of being raped and getting pregnant at 11 years old – she was now dealing with being abandoned by her own mother.

We also found out Jane had been suicidal and tried to hang herself, but her brother found her just in time. They also discovered rat poison she bought and she confessed that she was going to poison herself and her baby boy. 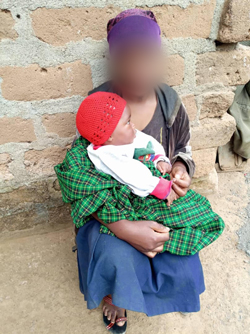 It was a special case, as Jane hadn’t been trafficked, but she was suffering with complex trauma from sexual abuse and exploitation and it was only a matter of time before she went to the streets to survive.

Our team went to interview Jane and her grandma. It was so shocking to see such a young girl with a baby – a baby with a baby. One of my staff members said it was all she could do to keep from weeping over the situation… the desperation of the elderly grandma who slept with the baby in fear that his young mama may try to end his life. A tiny young girl whose eyes looked utterly hopeless as she held her baby.

They called me and said, please Mama, we have to help. She and her baby need Courage House.

We felt a strong YES from the Lord on this one. We didn’t have much room at Courage House – with 16 girls in 5 bedrooms – we are bursting at the seams. We are getting ready to move to our bigger center in January and hadn’t planned to take in more girls. But, we knew God picked Jane and Emmanuel and so we made room in our hearts and our home. 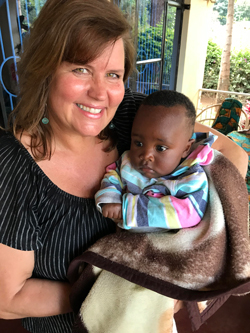 Upon arrival, the girls ran to the car to greet Jane. Our pregnant 16 year old who was due with her baby any day, welcomed Jane with a big hug when she got out of the car. The girls scooped up her baby and hugged and laughed and argued about who got to hold him next.

Jane had a big smile on her face. She’s so beautiful and her baby is darling and looks surprisingly healthy.

And his name… wow. His name is Emmanuel, which means “God with us.”

Yes, God is with us. As we love and care for the most broken of children, we feel God’s presence and His pleasure so powerfully at Courage House. Children who would otherwise be dead, or living in the most desperate of situations, if they hadn’t come to Courage.

I’m convinced that God handpicks each and every girl (and their children). He has incredible plans for them as they walk through their healing journey, getting a good education, excellent trauma therapy, job training and more to prepare them for that destiny. 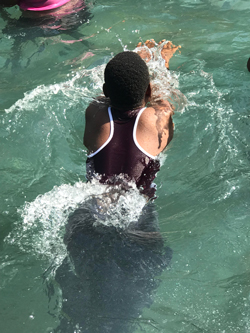 Jane learned to swim yesterday. She had a look of pure joy on her face as she splashed around in the water with her newfound sisters. She’s playing soccer-and she’s good! She runs around holding hands with our other 13 year old girl and they giggle and laugh like girls who have been best friends for years. Jane goes to class now at Courage and can breastfeed her baby during class breaks. She is safe and she is loved. She’s at a place where there is no shame or judgement.

Even though she is a young Mama, this child is regaining her childhood and it is the most beautiful thing to witness.

She is choosing life. For herself and her child.

Thank you God, for being with us. And thank you friends of Courage for being with us too. We cannot do what we do without you. Our girls in Tanzania and our staff pray for our donors and supporters regularly. They tell us they would be dead without Courage and they know that you are a big part of giving them this new life.

One of our girls said after coming to Courage that this was the first time she had ever been treated like a human being.

God bless you as you partner with us to change lives – to literally save lives! You are making a difference in this world. Would you please consider giving to our efforts to rescue and restore more of these precious young lives?

"All of them continue a healing journey that simply isn't over yet."

"All I really needed was someone to believe in me."