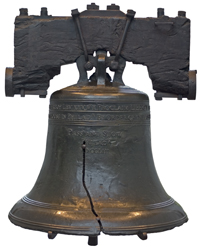 Since the first year went so well, I decided to do it a second year.  Prayerfully was the word I chose for 2001.  My desire was to make prayer like breathing.  Something that was natural.  I wanted to have conversations with God about everything.  I wanted Him to speak into my choices.  I wanted His perspective on my circumstances.  I was old enough to know what I didn’t know and knew I needed some divine wisdom in my life.  Prayer sounded like a good focus.  And it was!  Who knew if you prayed and asked God questions, He would answer!  I felt like I had tuned into a new frequency.  This was going so well, I couldn’t wait to chose a word for 2002.

Instead of choosing my own, I decided to ask God what He thought my word should be for the New Year, now that we chatted frequently.   I got no audible answer or saw a burning bush but slowly as the year came to an end, a word randomly came to my thoughts and was repeated over and over through books, TV shows and in conversations.  Aware –  be aware of my presence was the theme of what I heard.  I wasn’t exactly sure how to do that but I committed to trying to focus on being aware of God’s presence in every situation and relationship in my life.  It produced amazing results!  That year was the first time I heard the question – the life changing question,

“Do you have the courage to be you?”

That question recalibrated my entire life and was the beginning of a life journey and non-profit organization that would help me and others discover their true identity and destiny.  And it all happened because of one word and a different focus.  Each year was the same – a new word and a new focus with life changing implications and applications – but none more than 2013.  My word this year was more – more than you can dare ask or imagine.  I was thrilled!  I thought this meant more money, more success, more homes, ( i.e. more good things).   Well, let’s just say it wasn’t what I thought.

2013 was a very difficult year for me personally and Courage Worldwide. There was much criticism of our organization and of me as a leader – so much so I began to doubt myself; but never once God.  I felt betrayed by people who were close to me.  Outrageous rumors and serious accusations circulated throughout the community about me and the organization I founded that were out and out lies.  Through it all, our team remained silent and we resolved to focus on doing what we believe God had called us to – open and operate homes for children who have been exploited, traumatized and sold for sex.

Financially, it has also been an extremely difficult year. Each and every year we must raise 75% of our operating from donations to keep two homes open and try to open another one in Hawaii so we can rescue more kids. But donations stopped coming in. We had to lay off critical staff members and were behind $50,000 in our bills. For the staff that were remaining, we didn’t have the funds to meet payroll for over a month; two payrolls. Our circumstances were such that many predicted we would have to close our doors while at the same time rumors circulated in the community that we had excess funds and were a well funded organization with no financial needs. It was definitely more than I had dared to dream or imagine would ever happen to us. I wondered if we; if I was doing something wrong.

Daily we lived off manna while crying out to God, trying to survive. Then suddenly everything changed. It seemed God decided to bless us in the midst of and in spite of very difficult circumstances. That was more than I dreamed. When I was forced to lay-off staff, co-workers (i.e. friends) – people who had stood beside me for years building this dream – they wouldn’t quit! Some continued to show up for work in spite of being laid off and quietly did their jobs as always, trusting God to meet their financial needs. But more than just show up, they began to fight for our girls, fight for Courage House and fight for the dream of building a home in every city around the world that needed one as if it were their own. This was truly more than I had dared to ask or imagine. When we got behind in our bills, our vendors gave us grace. When we didn’t have the funds to meet payroll, our dedicated staff just kept coming to work each and every day believing God had called them to the task. Not one of our residents realized the financial squeeze we were in. There was food on the table and laughter in the home each and every day. This was more than I dared to hope. During this time, we had our annual audit by our outside governing board and we were given a perfect score – with staff who weren’t being paid! A perfect score! That just doesn’t happen when you are caring for minor children with over thirty staff members and volunteers. This was also more than I could have dreamed. Daily manna began to pay our bills and meet payroll. Just as God did with the Israelites while they wandered in the desert, He tested us to see what was in our heart during this time of affliction. Simply, we believed Him. Totally we trusted Him. We weren’t afraid. This dream – the dream to set captives free – was His, not ours. It would be sustained by Him and Him alone. And it was …

Today on nearly the last day of 2013, we will report the largest giving year at Courage Worldwide since its inception in 2005. I’m not even sure how it happened except through the power of God, daily manna and the generosity of people like you. It was certainly more than I could have ever imagined. At this time in the life of our organization, we are totally dependent upon God and upon you. Your giving sustained us. It literally kept the doors of Courage House open so little girls could stay safe. Every single donation, every single dollar made an incredible difference. Daily I went to the mailbox seeking to find tangible evidence that God wanted us to keep on fighting for the dream of rescuing more children. Your checks and donations provided that evidence. I know it is trite and over used, but thank you so much.

These were the circumstances I found myself in this year when I began to ask God what was my word for 2014.  Jubilee was the word I heard whispered to my soul. I had no idea the origin or meaning of the word, so I began my search. What I uncovered seared my soul and caused my spirit to expand! It seems Jubilee was to be a time of great joy, demonstrative rejoicing and incredible trust. It was a time in Israel’s history when all slaves were set free, all debts were cancelled and all that was lost was restored! And now God was calling the year 2014, Jubilee for me and for Courage Worldwide. I was literally jumping up and down!

In the year of Jubilee, freedom was always the ultimate goal. Jubilee was to be the year that God worked on behalf of his people. During Jubilee God made a beautiful, three-fold promise to His people. First, they would have security. “Keep my ordinances and you will dwell in the land securely.” Second, you will be able to produce results without a struggle. “The land will yield its fruit.” With relative ease you will be able to produce a crop. Arduous toil, sweat, pain, trouble and tears won’t be necessary. (I’ll sign up for that!) And third, there will be sufficient supply. “You will eat your fill.” (Yes, my spirit cried!) Every Jubilee year, all things would be made right and you will have all you want or need because God would do the work. I feel like we get a true glimpse of God’s heart – His kind heart in studying Jubilee. Jubilee guaranteed that no citizen would remain poor or a slave forever. It seems God knew we would get in trouble – whether by our own choices or by things we cannot influence – but He provided a solution. Jubilee.

Though I didn’t know the meaning of Jubilee until about two weeks ago, it seems our Founding Fathers did. The verses I quoted above were taken from Leviticus chapter twenty-five in the Old Testament of the Bible. When I was reading them, I stumbled across one that seemed familiar. “Proclaim liberty throughout the land.” I discovered this verse is engraved upon our American Liberty Bell, a traditional symbol of U.S. freedom! I learned it was first rung on July 8, 1776 to celebrate the first public reading of the Declaration of Independence and commissioned by the Pennsylvania Provincial Assembly in 1751 to proclaim a Jubilee year! The United States early leaders declared Jubilee for everyone who called this place home. Historically, this one little word was promising so much for me and the upcoming year.

Symbolically, it feels like God has decreed a time of rest and security for Courage Worldwide. It feels like a year when toiling will not be necessary because He will work on our behalf. Jubilee feels like a promise where we will be relieved of providing for ourselves and the burden of indebtedness we carry will be wiped out. It feels like a time where God has declared a blessing of sufficiency, supply and security. 2014, our Jubilee year is going to be a time of great joy and celebration. A time when all that was lost will be restored. In 2014, I believe God will multiply our efforts so that more children will be set free, more homes will be opened and more daughters restored – here and around the world. Jubilee! We believe! I invite you to join us and experience Jubilee – help us set the captives free!

A Weekend at Courage House