Her mom gave birth to her when she was 13 years old. Child Protective Services (CPS) removed her from her mom and her home due to neglect before her second birthday. She was placed in several foster homes before one family decided to adopt her. When she looks back on her childhood she has happy memories – until her foster dad started coming into her bedroom late at night. She thought all dads must do this to their daughters, until she went to school and they told her that her body was her own. She started using her voice, saying no to the late-night visits. That was the first time he hit her. She felt so alone.

One day she had enough. She just left with no idea where she was going. The streets had to be better than her home, her young mind reasoned. It turns out she was wrong. She met a guy. He seemed too good to be true. He promised her everything she longed for – a home, a family, love. However, there was a high price she had to pay for the things most of us take for granted. For her, there was no history of healthy relationships – love had always come with a price and pain. So, she paid it, making herself believe he loved her and there would be better days. He added more girls to their “family” to increase their income. She worked the streets, selling her body to meet the quota he gave her. She was arrested during a sting operation. When law enforcement found out she was a minor, she was placed in juvenile hall. That is how we met her. That is how she came to Courage. She didn’t run from Courage. She worked on her high school diploma. She learned she had value and purpose and that love didn’t require you to sell yourself.  These concepts were new to her but ones she embraced.  At 18, the state required her to leave Courage House. She wanted to find her biological family… but her trafficker found her first.

He said all the right things. Convinced her that he loved her. She became pregnant with his child. She believed he would not require her to work the streets. She was wrong. She had forgotten with him, there was always a price to pay. She still had a quota to meet if she didn’t want to get beat. He threatened to take her child. She had always been afraid of him but willingly stayed… until now. She had her baby to consider. For her, she had to find the courage.

Where would she go? Who would help her? Courage! we didn’t agree with her choices. Her journey and life have been a difficult one but she does not let that deter her from giving her child a different future. She just needed help – resources and relationship.  Individuals who believed in her until she could believe in herself.

Your financial donations to Courage Worldwide have provided her with just that: tangible resources like rent, food, childcare and transportation that not only allowed her the ability to obtain employment and independence but allowed her to keep her child. These last 4 years have been difficult. They would have been easier without a child. However, she knew what it was like to be taken from her mother and she vowed she would not do that to her child.  She would always know that she was loved and wanted.

We are so proud of this young woman.  Her hard work and determination are such an encouragement to others.  She is a good mom.  Repeatedly, she thanks Courage.

“You planted seeds of hope into my life. You told me I was created on purpose for a purpose. You believed in me. I want to give my child everything you gave me. I want her to have a better life. You saved mine. Now it is my responsibility to protect hers.”

It is an honor to walk alongside these young women as they navigate a new life for themselves. This is only possible because of you and your financial support. We have over 45 young women who once called Courage House home here in the US and over 60 in Africa. Without tangible resources and healthy relationships their options are limited.  Housing, medical care, tuition, childcare, counseling and even food become luxuries they cannot afford. We are committed to the future of these amazing young women. We are committed to building more homes where there is one needed. We are committed to preventing this crime against our most vulnerable by training communities to recognize it first, then to stand up and say “Not in our City – Not in our Country.”

We ask that you would consider contributing to our year end campaign to raise $150,000.00 to continue our efforts to change the world one individual at a time.  We have matching funds up to $25,000 so that when you give, your amount is doubled!

We so appreciate your support.  Blessings and Happy Thanksgiving. 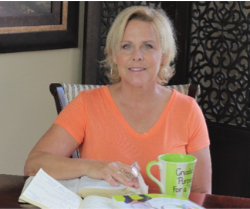